Posted on 17th July 2020 at 07:15
Used as a location for the 2010 Christopher Nolan film Inception, 2000 Hillswood Drive, Chertsey is undergoing a major refurbishment and is expected to be leased by a global electronics brand later this year.
Originally designed by Foster + Partners in 2000, the building employs a low-energy environmental approach and adopted a range of new technology at the time of construction. Some of this technology was centered around the air conditioning of the building.
Metron was tasked to 3D Laser Scan all the building services contained between the structural and raised access floors to aid the upgrading of the HVAC system. To guarantee dense coverage within the Pointcloud model, our site team had to carry out multiple set ups within a small area using the Leica Geosystems P40 ScanStation and nctech iSTAR camera.
Metron worked closely with the client and the project team tasked with the removal of the raised access floor in advance of our site visits to ensure efficient data capture.
As well as the Pointcloud model, Metron also provided a 360° photographic walkthrough and 2D Plans. 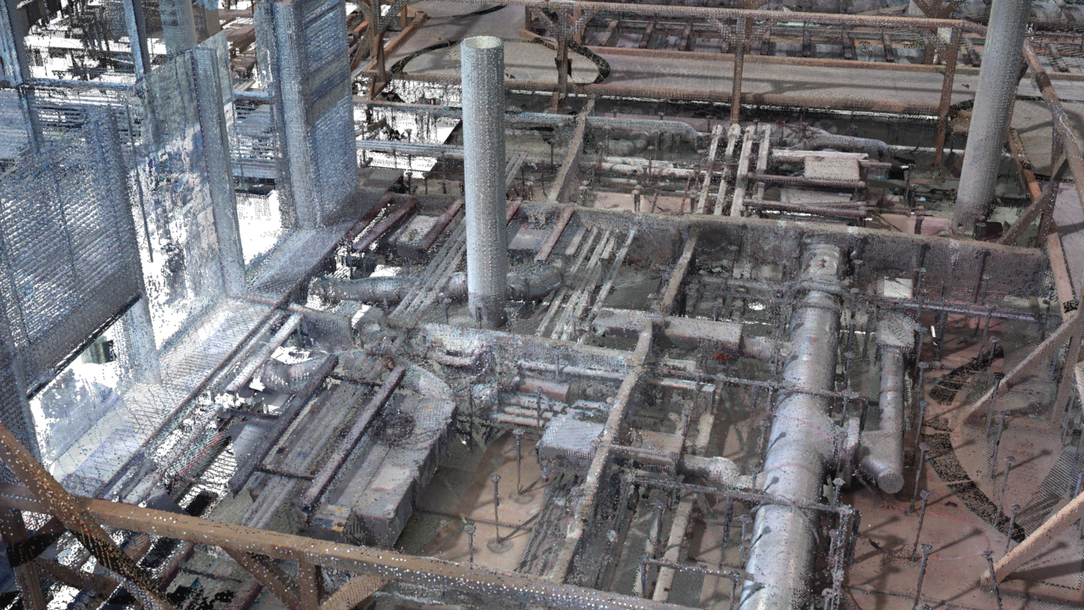 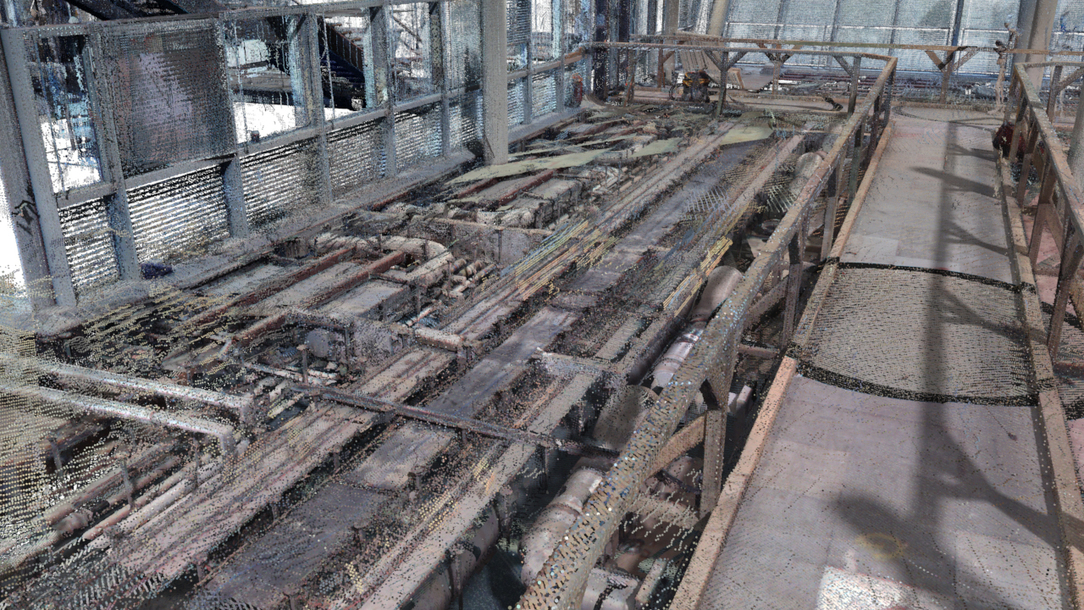